My daughter threw a spoon at me the other day – it just barley missed my noggin. Now, I don’t think she was intentionally throwing it at me – let’s hope – but rather just following through on an impulse that promised her some release from the ugly feeling that she was already feeling. 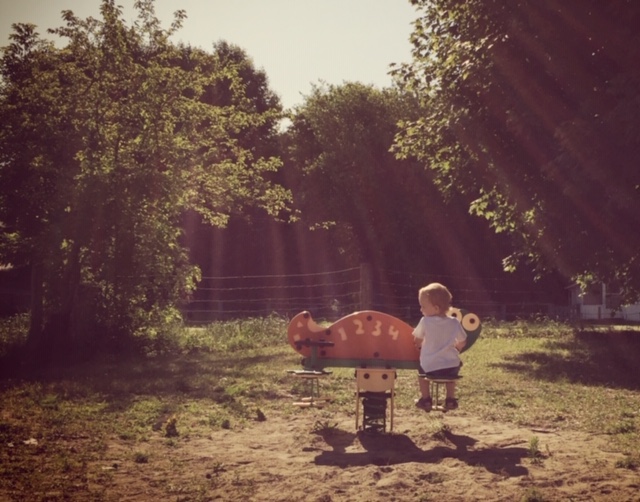 I of course got mad and she immediately stomped out of the room saying “I’m a bad girl!” Now, I don’t know about your kids, but mine has been know to lay down a good juicy f-bomb here and there, and to be honest she uses it really well, but hearing this statement was definitely a million times worse.

I asked her where she heard it, I asked her why she said it, and most importantly, I asked her if she genuinely felt it. This grilling session was obviously met with a giant mess of jumbled up stories and ideas. We were on a train to nowhere and getting there fast, until a light came on.

‘Feeling bad’ is a hard pill to swallow. Even as adults, we struggle with it. We tend to deny and make excuses or embellish the guilt, regret and feelings of inadequacy we have. In fact, I do it all the time.

As a mom, I’m constantly looking back at my reactions and realizing what I could have done differently. I analyze things to death and even though, deep down, I know I’m a good mom, I sometimes question it after an especially hard day.

So I talked to her. I reassured her that regardless of any emotion she feels or any reaction she has, she is and always will be a ‘good girl’. Emotions are hard, like straight up tough. But feeling bad, man, that’s in a category all on its own.

What I noticed when I was talking to her, was that I had to pull from examples that involved myself. I told her that even when I throw things – which happens, but not often – it doesn’t mean that I’m a bad mom. When I scream so loud I almost pee my pants, it doesn’t mean that I’m an erratic and out of control person. I’m just reacting to heavy emotions that held a little more weight those particular days.

And it’s true, I’m not a bad mom, not even close. But on those days when I question it – inside my own head – I know her extremely tall emotional antenna is picking up on way more than I give her credit for. So, it’s simple really, the example starts with me.

Now, maybe she’s just at a stage where she’s trying to define her world and using simple terms to do it – good/bad, nice/mean – but that wouldn’t have made for a very good blog post now would it? But maybe, just maybe, she did actually feel bad and if I want her to know how to deal with it appropriately and effectively, then I need to do the same for myself.

So be kind to yourselves, mamas. React, cry, scream, get mad, slam, throw – within reason – feel bad, say sorry, explain and then let it go. Move on. Know that you are doing your best. There will be lots of bad days but there will also be lots of good and we are not defined by either.