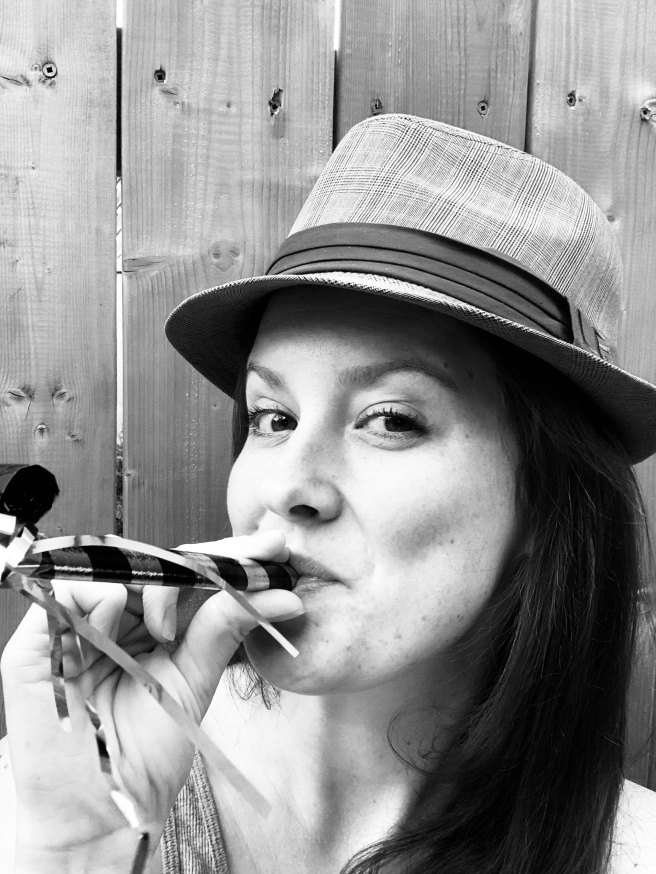 One year ago today, I started my blog. At the time, I remember feeling frustrated and impatient.

My love for writing has always been deep-seated – travelling with me throughout the years – but for some reason the extent of my longing always came as a surprise to me.

When I would reminisce with old friends and acquaintances in the past, without so much as a hint, they would often ask me about my writing – as if they could sense my hunger for it. One friend, through a particularly stagnant period of my life, would repeatedly send me messages about upcoming writing contests, and inspiring words of wisdom, despite the fact that I often didn’t even reply.

Obviously the people themselves were/are pretty spectacular – incredibly caring and considerate – but it was also as if the younger version of myself, the one who clearly spouted off her dreams loudly and freely to everyone and anyone, was finally coming to my rescue.

It’s not that I didn’t write, because I did. I even got up the nerve to take a creative writing course at one point, but I never committed to anything consistently. That way, whenever fear and doubt decided to creep in, and their presence began to hold just a little bit too much weight, I would just back away slowly and pretend it wasn’t that important to me.

In my mid-thirties it made me feel uneasy, but I was well aware that if I had the same narrative in my 40’s or 50’s, I would never forgive myself.

I knew how much it meant to me and how good it made me feel. I knew that when you have a dream, you need to water it and cultivate it, otherwise it’s liable to just wilt and die. And as such, I knew I needed to do something in order to give it a fighting chance.

So I started my blog with the goal of writing one piece every week.

I didn’t know where it would lead me, and at times I still don’t know, but there is one thing I know for certain – writing every week has without a doubt made me a better writer, and I’m not sure there is much more I could ask for?

But, there is more.

I feel more “seen” then I ever have before.

As a kid I was incredibly shy and some of the challenges attached to that was feeling like I was not heard or understood. When it takes you a significant period of time to share your world with others, it feels like you are just constantly missing out on opportunities to be seen. And even though you are cautious about who you want to share your world with, at the same time you just desperately want to shout it from the rooftops and feel like you are known.

Writing, and sharing my writing with others, has given me just that. I have put myself out there, repeatedly. I have shared my creativity, my vulnerabilities and some of my deepest thoughts, and I’m so grateful because people have responded in the most loving and caring ways.

I have strung together sequences of words from the depths of their slumber, in such a way that it evokes an emotional response in others, and to me, that’s breathtaking – exactly the type of connection I live for.

Sharing some of your most personal thoughts and feelings, is nothing short of courageous. During the past year, I have had fear and doubt show up on my doorstep constantly. The same force that didn’t want me to write at all and the same force that wanted me to live small, because it’s easier. And as such, I have had to come face to face with my inner critic – a most intense and ferocious battle.

I’ve been recognized and applauded.

I’ve been published several times in the past year and my articles have been shared around the world. In March of this year, I joined the online writing community that is Medium. I acquired 300+ followers and made around $20 total – which is really nothing, but it’s also completely everything.

I have had people tell me how much my words have affected them, how it moved them to tears, or made them laugh, or made them think. And at the end of the day, there’s nothing really better than that.

I’ve been rejected and ignored.

I’ve been rejected several times and I have definitely considered making my own “Rejection Letter Bingo Game”, to see if I could potentially win that way – https://medium.com/fish-food/rejection-letter-bingo-198fa690a646. And I’m constantly having to rework and readjust my expectations. Sometimes I work really hard on a piece and I think to myself, “how amazing is this?!”, only to have a few people actually read it.

But then I remember what I cared about when I was first starting out, which was that one. single. glorious. read. That one person who spent time absorbing my carefully crafted words, and maybe, by chance, even got a little something from it.

That’s all I ever wanted. So I try remind myself of that.

But on top of everything else, the icing on the cake is this:

I have changed, I have grown, I have developed and I have healed from my writing.

Writing on a weekly basis has allowed me to get to know myself better. It has given my feelings permission to surface more often, in fact, more than ever before. And being someone who grew up shoving them down – it’s liberating to say the least.

It has gifted me with the expression of things that I didn’t even know I needed to express. After I write some pieces, I actually feel lighter, like I can finally let go of some of the many pieces of luggage I am constantly carrying around.

And I’m more confident and braver because of it. Instead of backing away slowly and pretending like it doesn’t matter to me, I hold my own hand while we often stand in the dark together, and I remind myself that all of it is worth it, every single part.

So, I’m happy and grateful.

So, if there is something in your life that means a lot to you. If there’s something that makes you feel really good. I recommend diving into it. Committing to it in some consistent way. Because I don’t doubt for a second that you will be happier because of it. And you just never know what other benefits will come along for the ride.

4 thoughts on “My Blog Is One Year Old Today! – Why Committing To Write Was One Of The Best Decisions Of My Life”