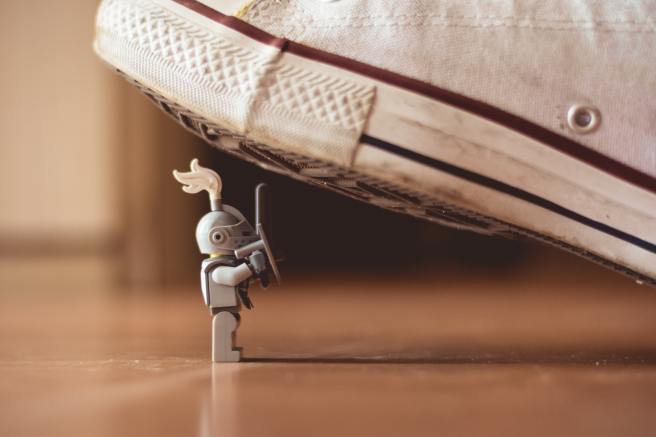 It began with a horrible nights sleep.
My son’s last calcified nugget of horror is ripping through his gums.
The seemingly adorable kittens perpetually scratched and meowed.
Until everyone woke up.
At 4:30am.

I tried to remedy.
To catch some blissful zzz’s on the couch.
But the screaming and yelling had already pierced the air.

I broke up a million fights before sunrise.
I cleaned up cat poo off the floor.
I vacuumed around the litter box.
The kittens fling it around like it’s fucking confetti.

I listened to my daughter incessantly whine about making heart shaped waffles.
We. just. had. them. yesterday.

I thought about the school year and what the heck that will even look like.
I thought about how I’m going away with the kids, solo, for a night or two next weekend. And how that completely messes up everyone’s sleep.

Then I thought about how insignificant it all was and how I shouldn’t even be complaining.

I finished vacuuming and lifted it up to put it away.
The canister had been inconspicuously loosened.
Courtesy of my son.
It landed directly on my big toe.
It hit the most sensitive part.
Like there was a big bright mother fucking bullseye on it.
I screamed.
I collapsed on the floor.
I started crying uncontrollably.

It hurt.
It really fucking hurt.

My kids came over to comfort me.
They brought me the essentials.
Kleenex.
Water.
And hugs.
My son asked “Did you hurt your toe?”
I said “Yes.”
He looked at me with concern.
With empathy.
And with complete validation.
He said “Oh yeah. That does hurt.”

Expressing feelings and emotions in real time.
Waiting and creating space before bucking up and moving forward.
And pressing the pause button temporarily on the damn constancy of adulting.

Because to be honest, all of it was a big deal.
It was a big fucking deal.
Everything that happened and raced through my mind that morning was significant. And whether I wanted it to be or not.
It needed to be voiced.

So, unfortunately.
Or perhaps fortunately.
When we aren’t paying attention.
When we let it all pile on and build up.
And when we forget to press that extremely hard to find pause button.
And depending on just how far down the rabbit hole we actually are.
The Universe has a way of pulling. out. all. the. stops.

…And I’m so incredibly grateful for that.

So be careful my friends.
Watch for the signs.

📸 by James Pond on Unsplash